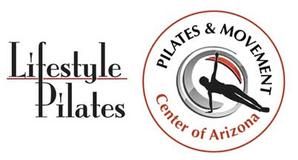 Mind-body*. Core Strength. Core Stability. You’ve heard those terms before but what are they? Well, they are much more than the latest fitness buzzwords – they are keys to a healthier lifestyle though mindful movement and Pilates. Pilates is an innovative and safe system of mind-body exercise using a floor mat or a variety of equipment. It evolved from the principles of Joseph Pilates and can dramatically transform the way your body looks, feels and performs. Pilates builds strength without excess bulk, capable of creating a sleek, toned body with slender thighs and a flat abdomen. (Yeah, we know – who doesn’t want that?)

It is a safe, sensible exercise system that will help you look and feel your very best. It teaches body awareness, good posture and easy, graceful movement. Pilates also improves flexibility, agility and economy of motion. It can even help alleviate back pain.

No matter what your age or condition, it will work for you, but don’t just take our word for it. According to the SGMA, in the U.S. alone nearly nine million people participated in Pilates in 2009 – a staggering 456% increase from 2000.

What is mind-body exercise?

Mind-body exercise like Pilates is activity that keys on the mental focus of the physical movements being performed. With this type of exercise quality of movement is stressed over quantity of movement. You’ll often see instructors using a lot of verbal “cues” and coaching on things like the quality of breathing, rhythmic inhalation and exhalation during the exercise, and proper body alignment.

Simply put mind-body exercise contributes to overall fitness and assists with engagement of the mind.

Pilates dramatically transforms the way your body looks, feels and performs. It builds strength without excess bulk, creating a sleek, toned body with slender thighs and a flat abdomen.

The Benefits of Pilates

Pilates can really make a difference in your health without taking a toll on your body.

A refreshing mind-body workout.  By emphasizing proper breathing, correct spinal and pelvic alignment, and concentration on smooth, flowing movement, you become acutely in tune with your body. You actually learn how to control its movement.

In Pilates the quality of movement is valued over quantity of repetitions. Proper breathing is essential, and helps you execute movements with maximum power and efficiency. Last but not least, learning to breathe properly can reduce stress.

Develop a strong core - flat abdominals and a strong back.  Pilates exercises develop a strong "core," or center of the body. The core consists of the deep abdominal muscles along with the muscles closest to the spine. Control of the core is achieved by integrating the trunk, pelvis and shoulder girdle.

Gain long, lean muscles and flexibility. More conventional or traditional workouts are weight bearing and tend to build short, bulky muscles - the type most prone to injury. Pilates elongates and strengthens, improving muscle elasticity and joint mobility. A body with balanced strength and flexibility is less likely to be injured.

Create an evenly conditioned body, improve sports performance, and prevent injuries.  In the same vein, a lot of these same conventional workouts tend to work the same muscles. This leads weak muscles tend to get weaker and strong muscles tend to get stronger. The result is muscular imbalance - a primary cause of injury and chronic back pain.

Pilates conditions the whole body, even the ankles and feet. No muscle group is over trained or under trained. Your entire musculature is evenly balanced and conditioned, helping you enjoy daily activities and sports with greater ease, better performance and less chance of injury. That’s why so many professional sports teams and elite athletes now use Pilates as a critical part of their training regimen.

Many of the exercises are performed in reclining or sitting positions, and most are low impact and partially weight bearing. Pilates is so safe, it is used in physical therapy facilities to rehabilitate injuries.

Pilates is also an extremely flexible exercise system. Modifications to the exercises allow for a range of difficulty ranging from beginning to advanced. Get the workout that best suits you now, and increase the intensity as your body conditioning improves.

Your Sport
Pilates for Your Sport


Pilates builds a strong core, increases strength and flexibility simultaneously, and improves posture, stability and alignment. It also emphasizes complete concentration on smooth, flowing movement, and proper breathing. You become acutely aware of how your body feels, where it is in space, and how best to control its movement.

Joseph Pilates and the History of Pilates

What's all the fuss about? Pilates seems to have burst on the scene out of nowhere in the last 10 years. After decades as the workout of the elite, Pilates has entered the fitness mainstream. What’s the fascinating story behind how Pilates began, and why the recent “overnight success”? Here's a brief look at its history.

Joe went to England in 1912, where he worked as a self-defense instructor for detectives at Scotland Yard. At the outbreak of World War I, Joe was interned as an "enemy alien" with other German nationals. During his internment, Joe refined his ideas and trained other internees in his system of exercise. He rigged springs to hospital beds, enabling bedridden patients to exercise against resistance, an innovation that led to his later equipment designs. An influenza epidemic struck England in 1918, killing thousands of people, but not a single one of Joe's trainees died. This, he claimed, testified to the effectiveness of his system.

After his release, Joe returned to Germany. His exercise method gained favor in the dance community, primarily through Rudolf von Laban, who created the form of dance notation most widely used today. Hanya Holm adopted many of Joe's exercises for her modern dance curriculum, and they are still part of the "Holm Technique." When German officials asked Joe to teach his fitness system to the army, he decided to leave Germany for good.

The Pilates movement gains in popularity – from Europe to the U.S.

In 1926, Joe emigrated to the United States. During the voyage he met Clara, whom he later married. Joe and Clara opened a fitness studio in New York, sharing an address with the New York City Ballet.

By the early 1960s, Joe and Clara could count among their clients many New York dancers. George Balanchine studied "at Joe's," as he called it, and also invited Pilates to instruct his young ballerinas at the New York City Ballet.

"Pilates" was becoming popular outside of New York as well. As the New York Herald Tribune noted in 1964, "in dance classes around the United States, hundreds of young students limber up daily with an exercise they know as a pilates, without knowing that the word has a capital P, and a living, right-breathing namesake."

His students begin to teach

While Joe was still alive, only two of his students, Carola Trier and Bob Seed, are known to have opened their own studios. Trier, who had an extensive dance background, found her way to the United States by becoming a performing contortionist, after fleeing a Nazi holding camp in France. She found Joe Pilates in 1940, when a non-stage injury pre-empted her performing career. Joe Pilates assisted Trier in opening her own studio in the late 1950s. Joe and Clara remained close friends with Trier until their deaths.

Bob Seed was another story. A former hockey player turned "Pilates" enthusiast, Seed opened a studio across town from Joe and tried to take away some of Joe's clients by opening very early in the morning. According to John Steel, one day Joe visited Seed with a gun and warned Seed to get out of town. Seed went.

The second generation of Pilates teachers

When Joe passed away in 1967, he left no will and had designated no line of succession for the "Pilates" work to carry on. Nevertheless, his work would remain. Clara continued to operate what was known as the "Pilates" Studio on Eighth Avenue in New York, where Romana Kryzanowska became the director around 1970. Kryzanowska had studied with Joe and Clara in the early 1940s and then, after a 15-year hiatus spent in Peru, returned to renew her studies.

Several students of Joe and Clara went on to open their own studios. Ron Fletcher was a Martha Graham dancer who studied and consulted with Joe from the 1940s on, in connection with a chronic knee ailment. Fletcher opened his studio in Los Angeles in 1970 and attracted many Hollywood stars. Clara was particularly enamored with Ron and she gave her blessing to him to carry on the "Pilates" work and name. Like Carola Trier, Fletcher brought some innovations and advancements to the "Pilates" work. His evolving variations on "Pilates" were inspired both by his years as a Martha Graham dancer and by another mentor, Yeichi Imura.

Kathy Grant and Lolita San Miguel were also students of Joe and Clara who became teachers. Grant took over the direction at the Bendel's studio in 1972, while San Miguel went on to teach Pilates at Ballet Concierto de Puerto Rico in San Juan, Puerto Rico. In 1967, just before Joe's death, both Grant and San Miguel were awarded degrees by the State University of New York to teach "Pilates." These two are believed to be the only "Pilates" practitioners ever certified officially by Joe.

Other students of Joe and Clara who opened their own studios include Eve Gentry, Bruce King, Mary Bowen and Robert Fitzgerald. Eve Gentry, a dancer who taught at the Pilates Studio in New York from 1938 through 1968, also taught "Pilates" in the early 1960s at New York University's Theater Department. After leaving New York, she opened her own studio in Santa Fe, New Mexico. A charter faculty member of the High School for the Performing Arts, Gentry was also a co-founder of the Dance Notation Bureau. In 1979, she was given the "Pioneer of Modern Dance Award" by Bennington College.

Bruce King trained for many years with Joseph and Clara Pilates and was a member of the Merce Cunningham Company, Alwyn Nikolais Company, and his own Bruce King Dance Company. In the mid-1970s King opened his own studio at 160 W. 73rd Street in New York City.

Mary Bowen, a Jungian analyst who studied with Joe in the mid-1960s, began teaching Pilates in 1975 and founded "Your Own Gym" in Northampton, Massachusetts.

Robert Fitzgerald opened his studio on West 56th Street in the 1960s, where he had a large clientele from the dance community.

Joe continued to train clients at his studio until his death in 1967, at the age of 87. In the 1970s, Hollywood celebrities discovered Pilates via Ron Fletcher's studio in Beverly Hills.

Where the stars go, the media follows. In the late 1980s, the media began to cover Pilates extensively. The public took note, and the Pilates business boomed. "I'm fifty years ahead of my time," Joe once claimed. He was right. No longer the workout of the elite, Pilates has entered the fitness mainstream. Today, over 10 million Americans practice Pilates, and the numbers continue to grow.

Life is Motion. Pilates is Movement for Life.™

For so many of us, Pilates is much more than an exercise method - it is a way of life.

A fusion of the mind and body based on the reawakening of dormant muscle and brain cells, Pilates gives us the opportunity to live a life where the gap between functional motion and enlivened thought has been bridged.